Mythic Minds Devblog 11/20/18 - Sac Gamer's Expo, Our First Build and the Terror of Showing Off an Unfinished Game 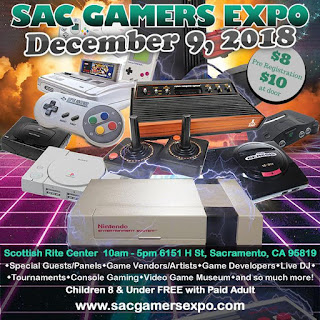 On December 9th, a few members of the team and I will be heading to our first event in promotion of Evocus. To my knowledge, it's not a huge event. I can't imagine there will be more than a few hundred people (if we're lucky). Still, it's a great chance for us to show off our game in its primitive state and get both valuable feedback on what works and what doesn't work and, ideally, start building a local player base.

It is pretty terrifying to think that in just a few short weeks we'll be showing off our game that we've only been working on for three and a half months. The game is still so primitive but we all felt that it was not only a good opportunity to make sure we're heading in the right direction, but also serve as a great actual deadline which we have very few of. Now that we have a strict deadline by which we need to have a playable build of the game , we will ideally be shifting into high gear in terms of development.

In a volunteer-run project, there is basically zero incentive to work hard and stay on track besides the fear of letting your teammates down and your passion for completing the project. As a Producer/Project Lead it's super easy to create deadlines for work but I essentially have no actual power to ensure that we keep to these deadlines. Events like this serve as a perfect incentive to keep to these deadlines because the social pressure of showing off a game is pretty powerful and most people would feel bad about showing off a game that they barely worked on and is not even playable.

As mentioned previously, this version of the game will be about as barebones as it gets while still representing the gameplay as best as possible. We only have about a third of all of the Unit art done (and that's not including animations which will come later), basically no sound since it's not really needed for an expo, and you will only be able to play against the other player at the expo through a one-to-one LAN connection.

I recognize that this sounds incredibly pessimistic so I will try to counter that with an equal dose of optimism. PEOPLE ARE GOING TO BE ABLE TO PLAY OUR GAME SOON!!!!!!! How cool is that? We have been playing this game with paper cards on a black and white board for four months and have been having a freaking blast doing it. Now that we have the chance for people to play the actual video game with artwork and game rules, our whole team is over the moon.

So to anyone in the Sacramento area, come by on December 9th to the Sac Gamer's Expo and come try out our game and tell us what you think about it.