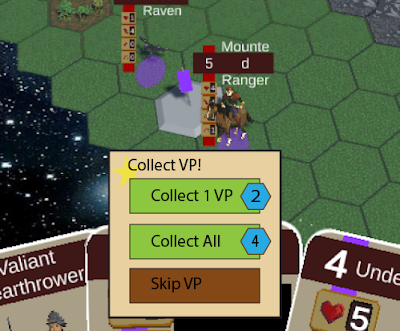 The title of this devblog was a question that was posed during our last team meeting. Every single time we met up as a group and anytime we added a significant change to the game, we would do a playtest. Any experienced game developer will tell you that you should playtest your game, but most will just stop there and won't expand on the most important detail "why?"

We only recently discovered our "why." We playtest because every time we do, we find new flaws in our game, new problems to solve, new issues to fix. We discover Units that are unfun to play or play against. We find new data like "the first player to reach and capture a Summoning Portal, has won the game every time" and "the player with Deck A on average reaches a Portal first because they have 1 more speedy Unit than the player playing with Deck B." If we released the game to people before realizing this, it would be a disaster.

When we make a change to a Unit, we generally playtest it a few times to make sure that change was accomplishing what we wanted it to. We're looking at one particular Unit, often one particular stat or trait. When we playtest on meeting days, we're generally just looking at how the game feels. We're waiting for something to jump out to us as "hey, that felt unfair" or "I felt like I couldn't win once X happened." These are the major differences between the ways we playtest. One affirms our changes and helps us put a bow on things. One creates new problems and kicks walls out of the house we thought was well-built.

Both of these tests have value. Both of them move our game forward. But one is always way more emotionally draining. With the narrow, confirmation tests, you feel great afterwards "hey that change fixed it perfectly" but with the broad tests you're poking holes, you're critical of your work and you walk away with a big list of bugs, issues and work that now has to be done.

As a team, we will never truly be done testing. We will always be adding new Units, changing up maps, adding new game-enhancing features and therefore, we will always need to subject these new things to rigorous testing and scrutiny. Evocus will always be evolving and with that, so will the problems that arise. But as our problems evolve, so will our knowledge and abilities to deal with them.
at January 17, 2019